So here's the Nintendo Switch version. 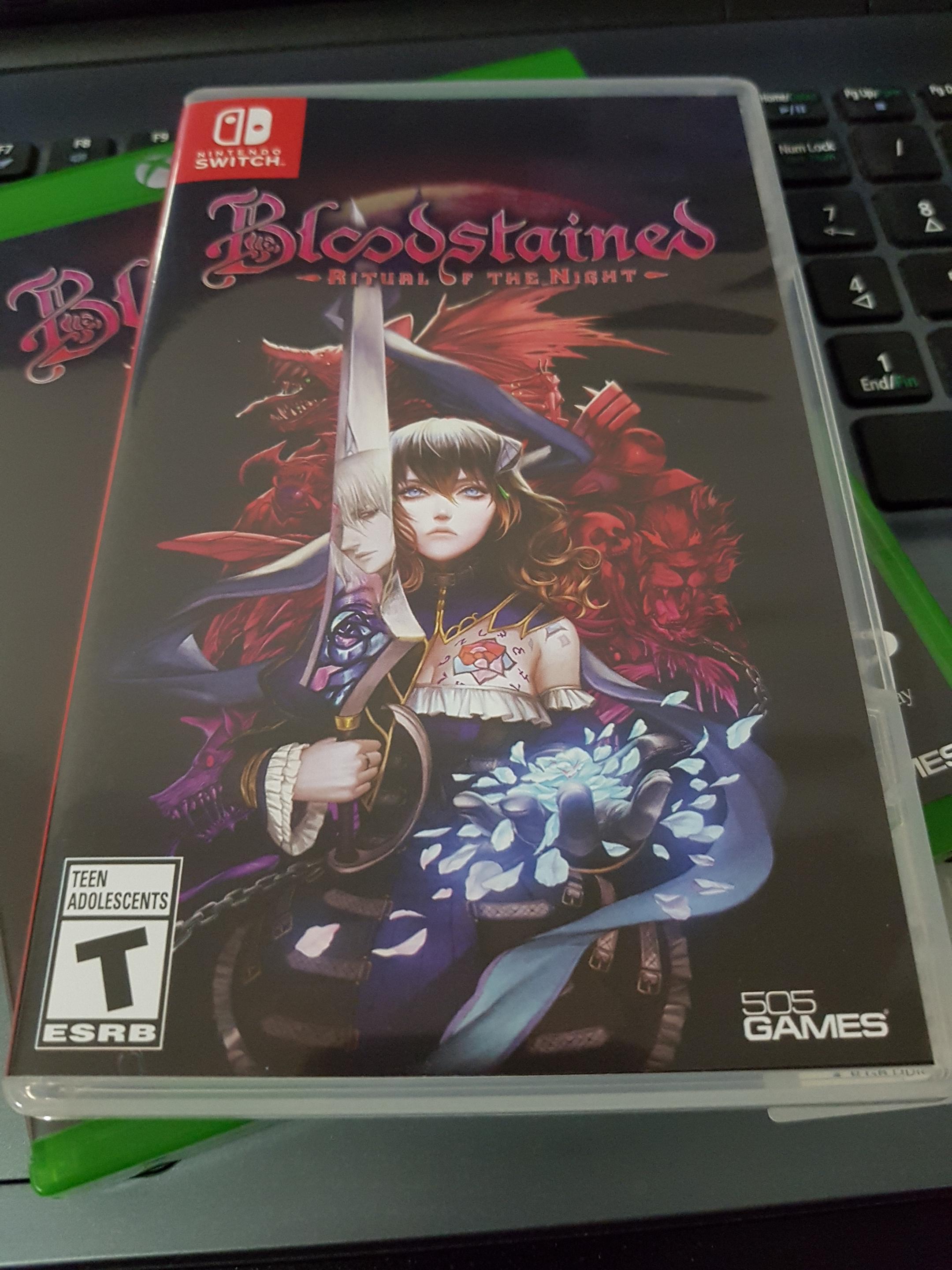 Uhhh, yeah. I think I prefer the disc instead. But Switch for portability, right? 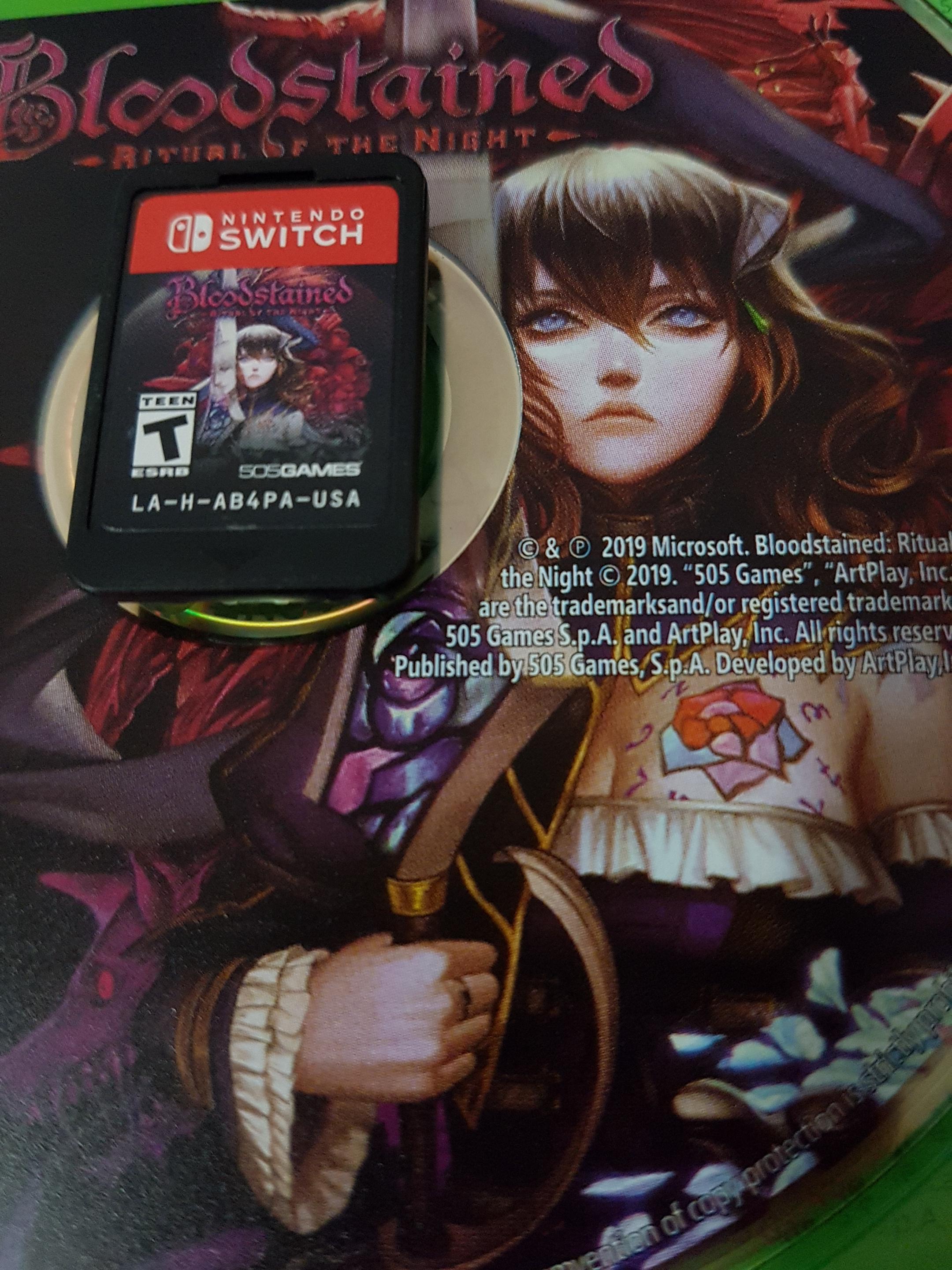 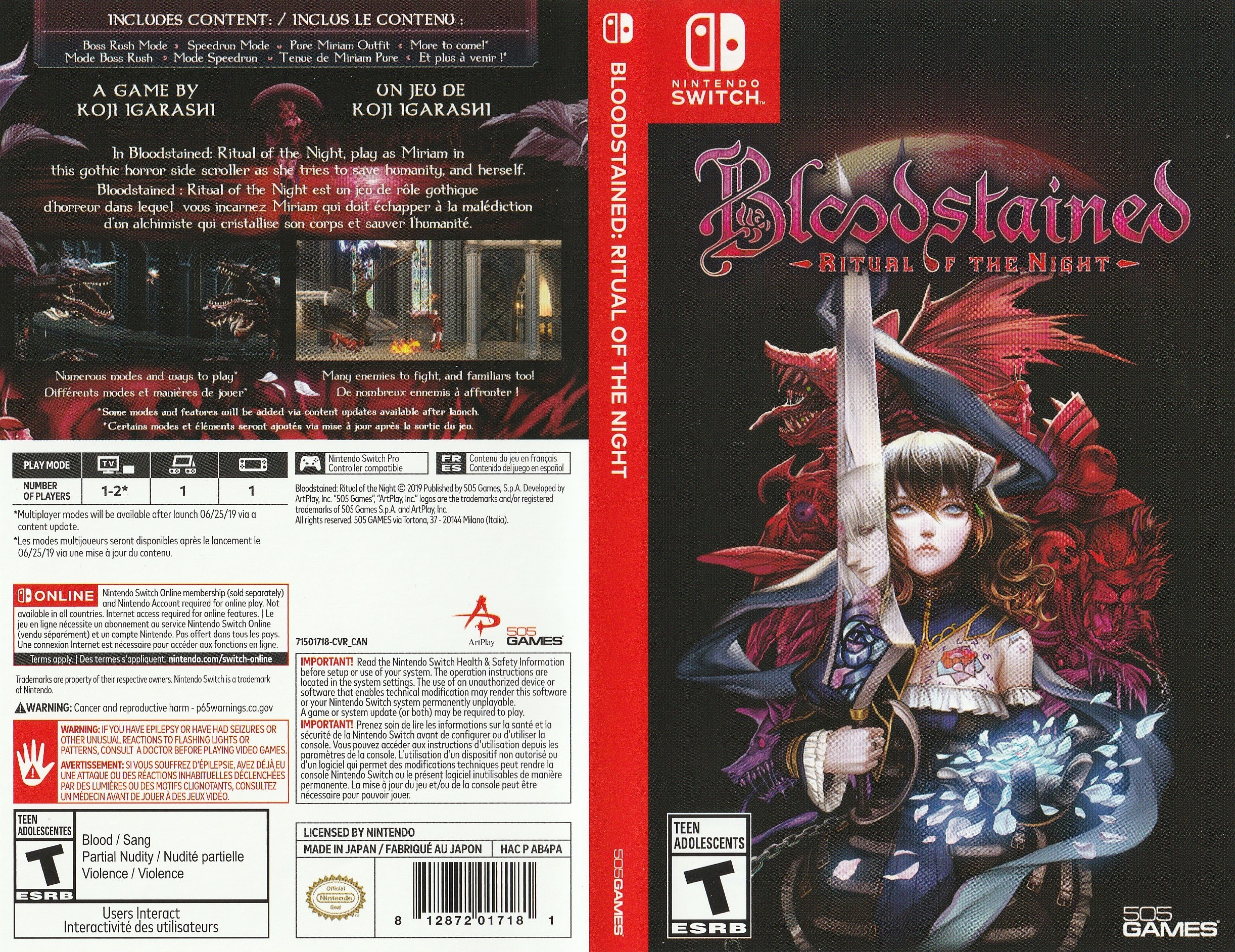 Without sounding negative, Switch for portability, XboxOne/PS4 for graphics/admire Miriam's beauty. Yes, I said that. I don't know about the Steam version yet. I'm lazy.

So my thoughts about the game so far. Err, I mean the character. Miriam can be cute at times, like when she's preparing a food item, she does this cute little hop at the end. And when she's giving food to that old woman, Miriam's inner thought hopes that the old woman would save some for her. Absolutely adorable, dood.

[Actual thoughts about the game] There's a lot of stuff taken from the Castlevania games that's been put into Bloodstained. Like getting 9 of the same shard boosts its power just like in Aria/Dawn of Sorrow. Some shards (I think Passive ones) can even evolve into Skill Shards which can be toggled on and off. Holding up makes Miriam do some very attractive poses, just like in Portrait of Ruin. Different weapon attributes like in Order of Ecclesia, although there were already many different weapon variety since Aria of Sorrow (I could be wrong). Miriam can very much be Shanoa's spiritual daughter. And finally, that strange-looking Alucard. Bloodstained is like Symphony of the Night mixed with Order of Ecclesia. Sure was one hell of a Ritual. Yes, that must be it. Alucard and Shanoa made Miriam. Of course, it all makes sense now.
I've only explored 58% of the map so far, so I can't say much more.

What the f#^k. I just now learned that Etika is not with us anymore. He's with his broken shelf now (Smash Ultimate reaction video). Rip, joycon doodz.