The site is currently in beta mode. This means that you can expect some issues. Please contact us with problems. Thanks! 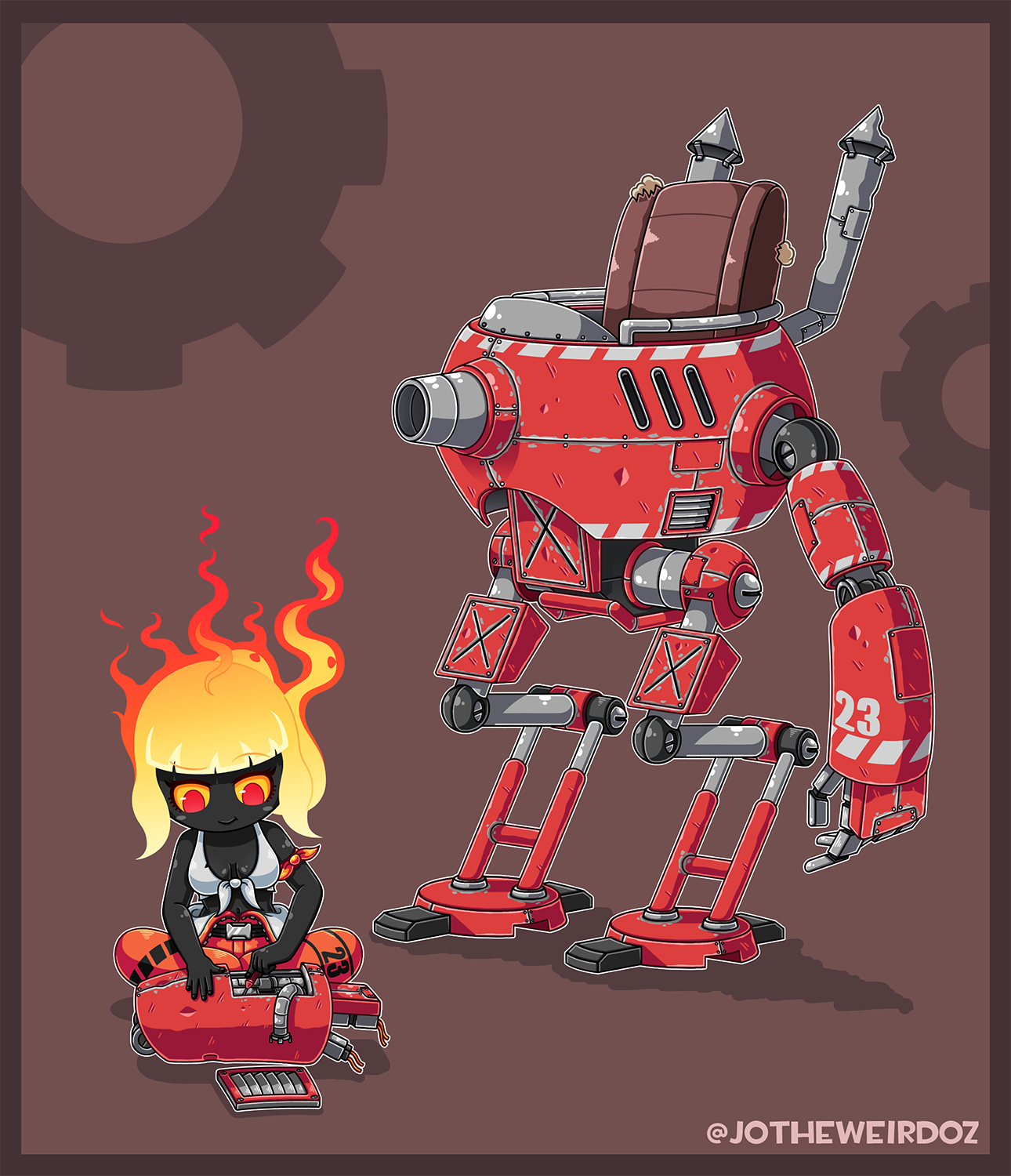 Faya and Steel Striker. (My current DND character)
I drew this last year but apparently I never posted this one here... I thought I did though.

woah, cool. So your DND game takes place in a more futuristic setting? Do you have a story for your character and everything (origin, etc)?

@captain If I had to guess it takes place in something like the Modern Age (if I had to put in our timeline) because TV's and cars aren't a thing in our game but then again we have airships and stuff so it's really hard to pinpoint it, I actually never really gave it any thought tbh. My character is the Artificer class wich is kinda a weird one because it originally comes from a very "steampunkish" setting, instead of casting spells through magic they kinda do it through inventions and stuff like that. My character is basically a mecha pilot who participates in 1v1 mech battles, kinda like battlebots but bigger.

@HawtNoodle I had no idea you could get that creative with it! I thought it was literally always dungeons and dragons, ONLY. So you have a DM that manages things and you all just sit back and enjoy the ride?

I finally decided to do some paid commissions, so I decided to draw some Splatoon 2 character avatars for those with interest. People can either pick a standard one (first one) or a smug one (second one). The third one is a smug commission by a suppo

Well then, here's a WIP of something I'm currently working on. (giant machete/axe thing is a quick placeholder atm) I'm a lazy boi so I re-used the pose and added new arms because I can't be bothered to draw a complete new pose if I already have the

So the new Splatfest team are announced and it's Flight Vs Invisibility.... So yeah, people with the powers to turn invisible WILL peek at people who are naked THEY JUST WILL! (I'm for team flight). #Art #Illustration