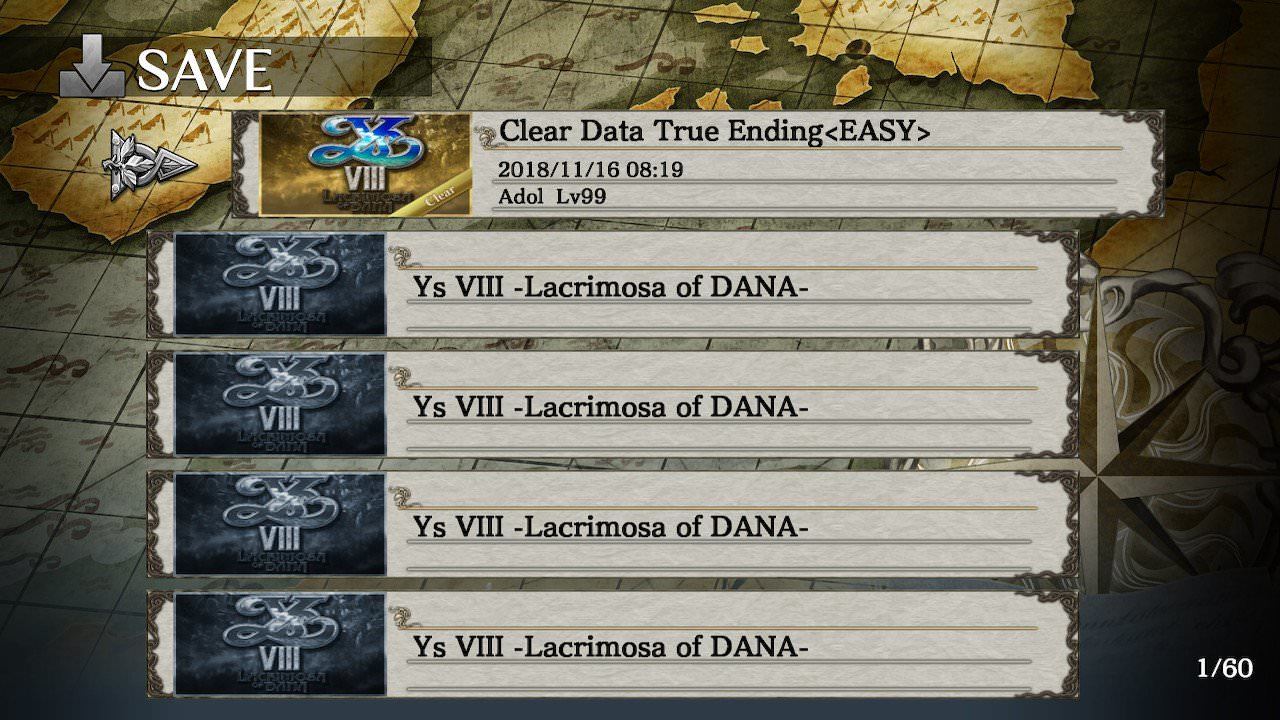 I finished Ys VIII. Great game. 10/10. So the story is, Adol Christin and other passengers aboard the Lombardia are traveling by sea to go somewhereidontknow (because this is my first Ys game). Suddenly, gigantic tentacle destroys the Lombardia and everyone gets washed ashore on this island. They build a ship to get off the island and everyone is happy. The end. Oh but some other interesting things happen during the game too.

I'm not going to type out a long review like I did for Shining Resonance Refrain. Ain't nobody got time for that.
I noticed maybe two or three typos in the dialogue.
There's some graphical problems for the Nintendo Switch version, the grass and certain textures seem like static noise on a TV with no cable. I'd probably recommend the PS4 version.
There's also some parts where the frame rate drops horrendously low, but not sure if it's the same thing for the PS4 version.

The soundtrack was amazing too. I'm gonna list some tunes that I think are worth listening to:
- Sunshine Coastline (incredible how this is the tune that starts the adventure)
- A Footprint in the Wet Sand
- Lost in Green
- The Sibylline Road
- Overcome the Rocky Path
- Next Step Toward the Unknown
- A Slow and Deep Breath
- Great Plains: Pan-Gaia
- Iclucian Dance
- The Valley of the Kings
- You'll See Out the End of the Tales
- Corridor of the Lost Ages

I tried my best to 100% the game but I still failed, missed a couple of things.

I explored the whole damn island, got all the treasure and discovered all the harvest spots. Kind of weird to see the the Total Explored having a thousandths place. 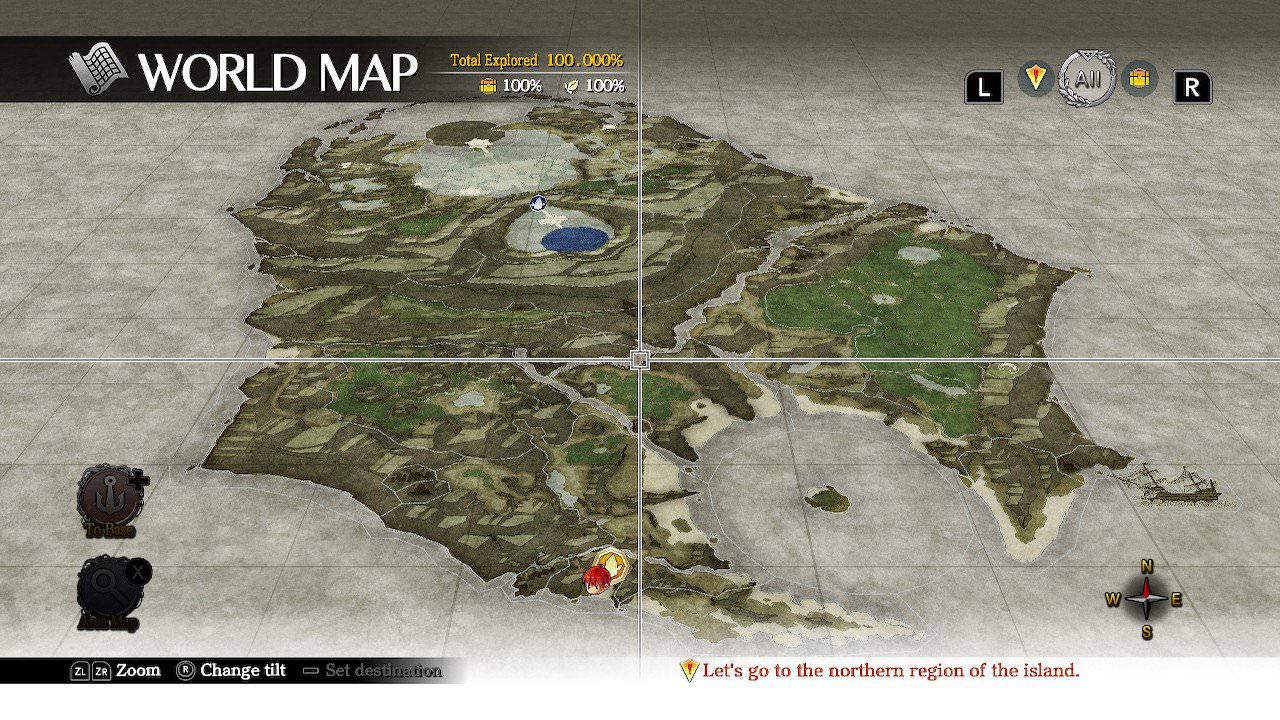 As you can see below, I'm missing 1 approval because this fat frick decided to hijack a small boat that Dogi was working on but still gets wreckted by the same gigantic tentacle monster that destroyed the Lombardia. Meaning I couldn't complete his quest in time, thus missing an approval. 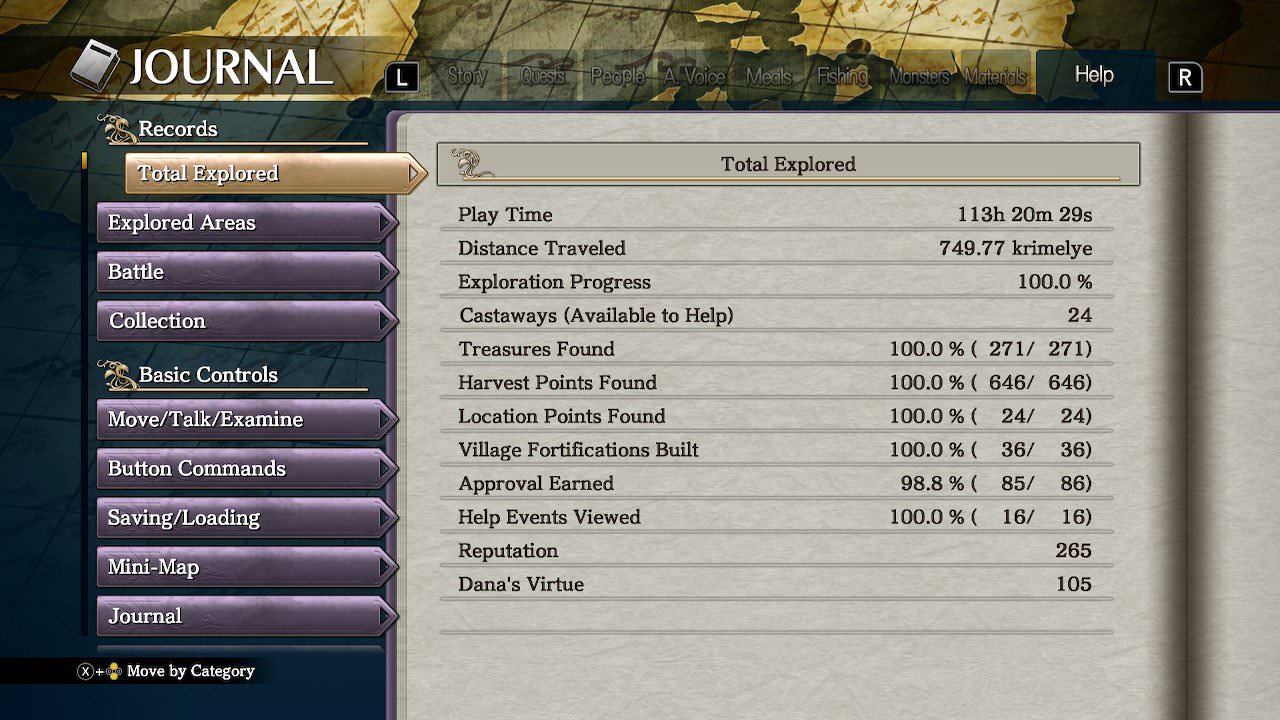 And I ran out of time for another quest... 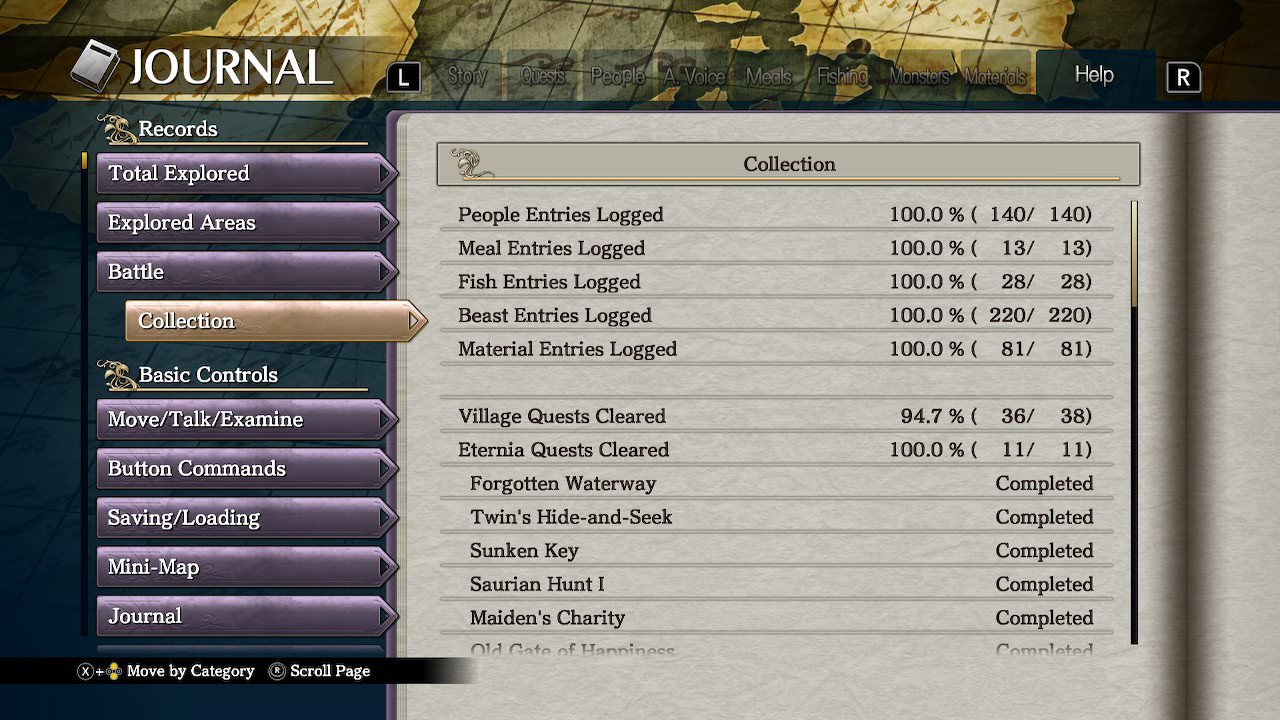 By the way, did I mention how much I like this check list? Every big game should have this. 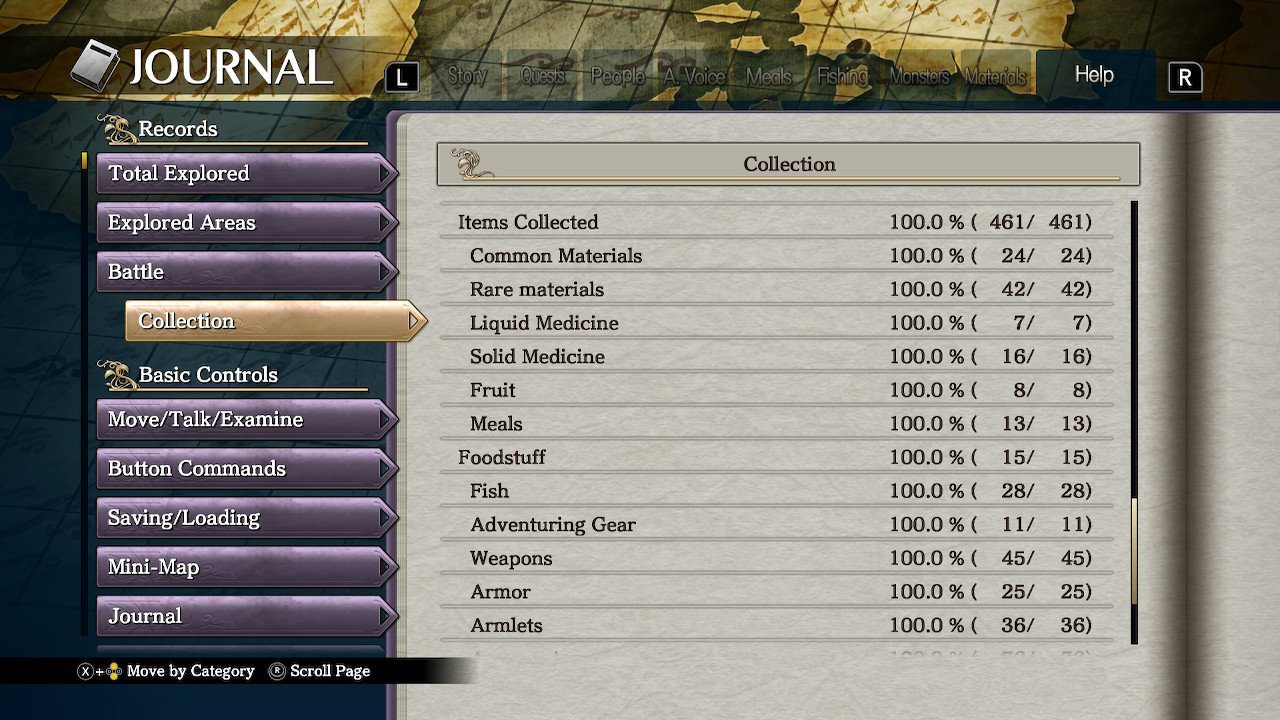 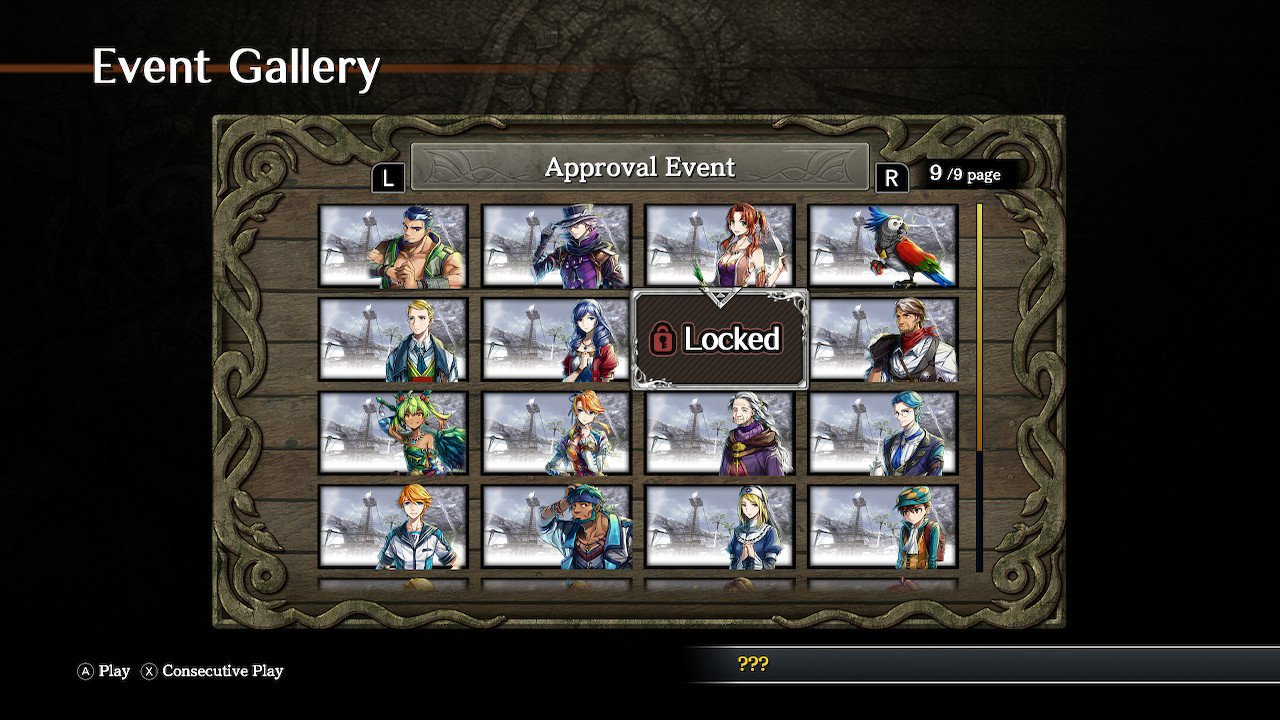 You unlock stuff after beating the game for the first time. I didn't bother with the new raid because it doesn't count toward completion or anything like that. The new dungeon however... 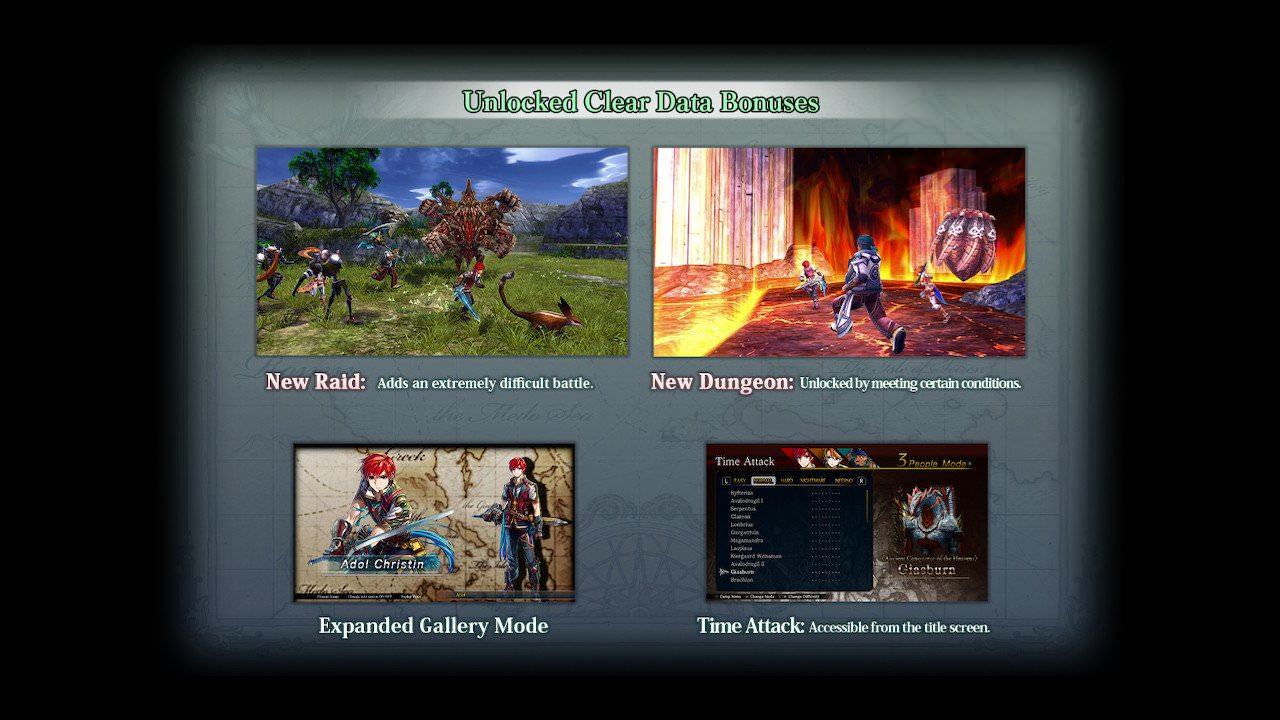 This is how every clear data should be handled. You either choose to continue right before the final boss, or start a new playthrough. Don't you just hate it when you save a clear data and you can't go back to get the rest of the missing stuff you missed? This game does it right. 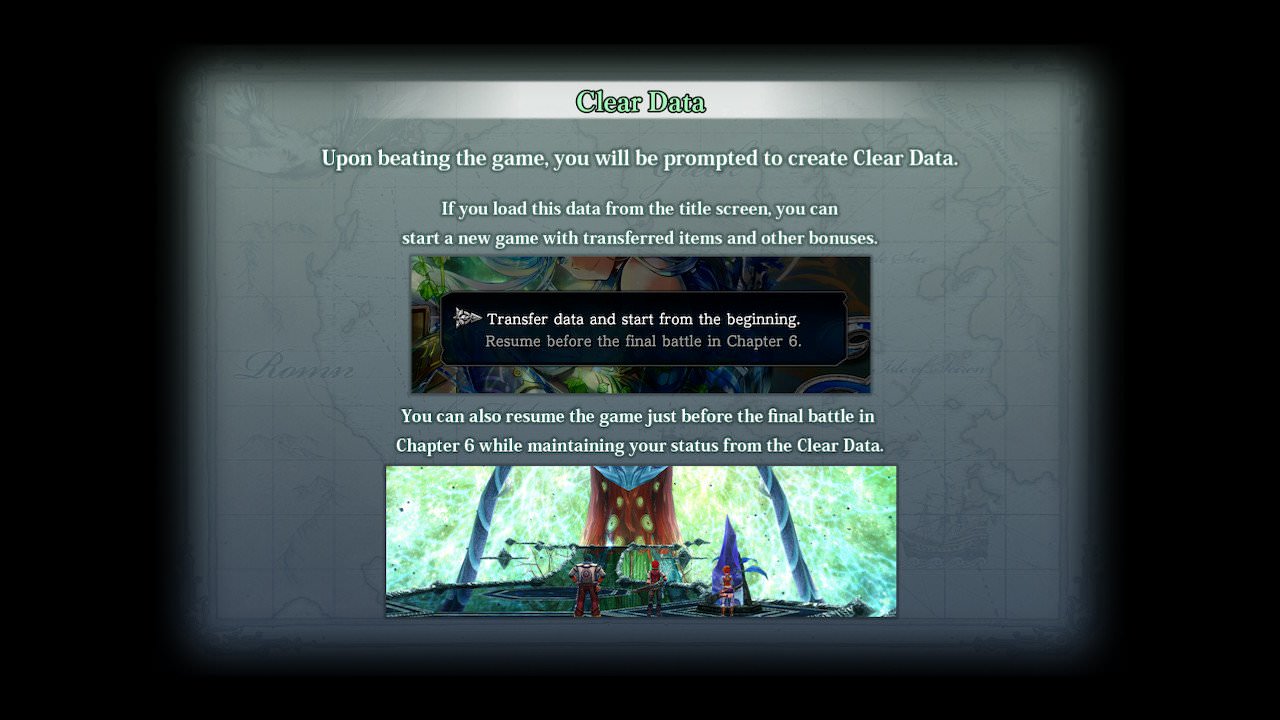 And this is what you get for completing the final dungeon. So, certain characters have certain types of attacks that are effective against certain monsters. Take Fire Emblem's weapon triangle for example. These medals make it possible for a single character to have all three types. Make sure you do this before starting a new game. 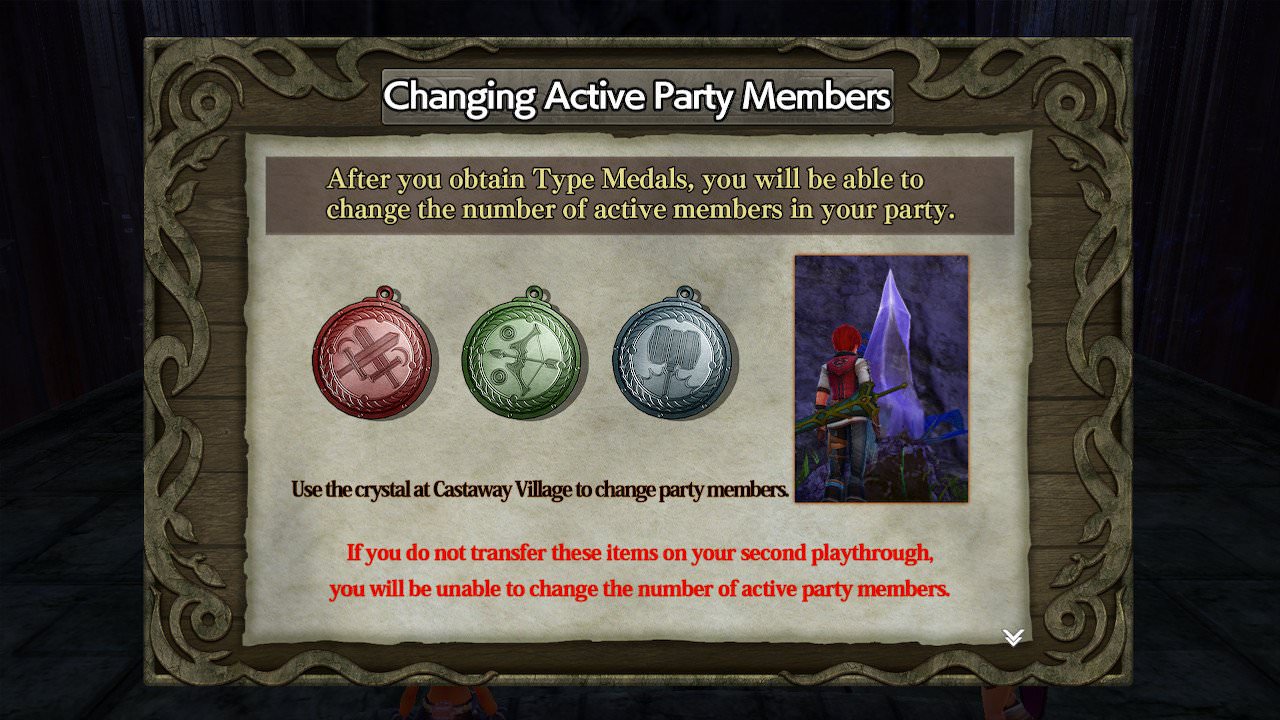 So yeah, that's all.
I think it's time. Time to go back to the Wii U and finally finish Tokyo Mirage Sessions once and for all. There's still like 3 weeks left for Smash Ultimate. It's because I saw Tsubasa Oribe's spirit thing during that last Smash Direct, so I might as well get it over with.
Damn, dood. It's too hard to go back to the Wii U.

great game indeed & good (& sad when parting with Dana) ending Q__Q finished the game last month after i left it for a few month since August.