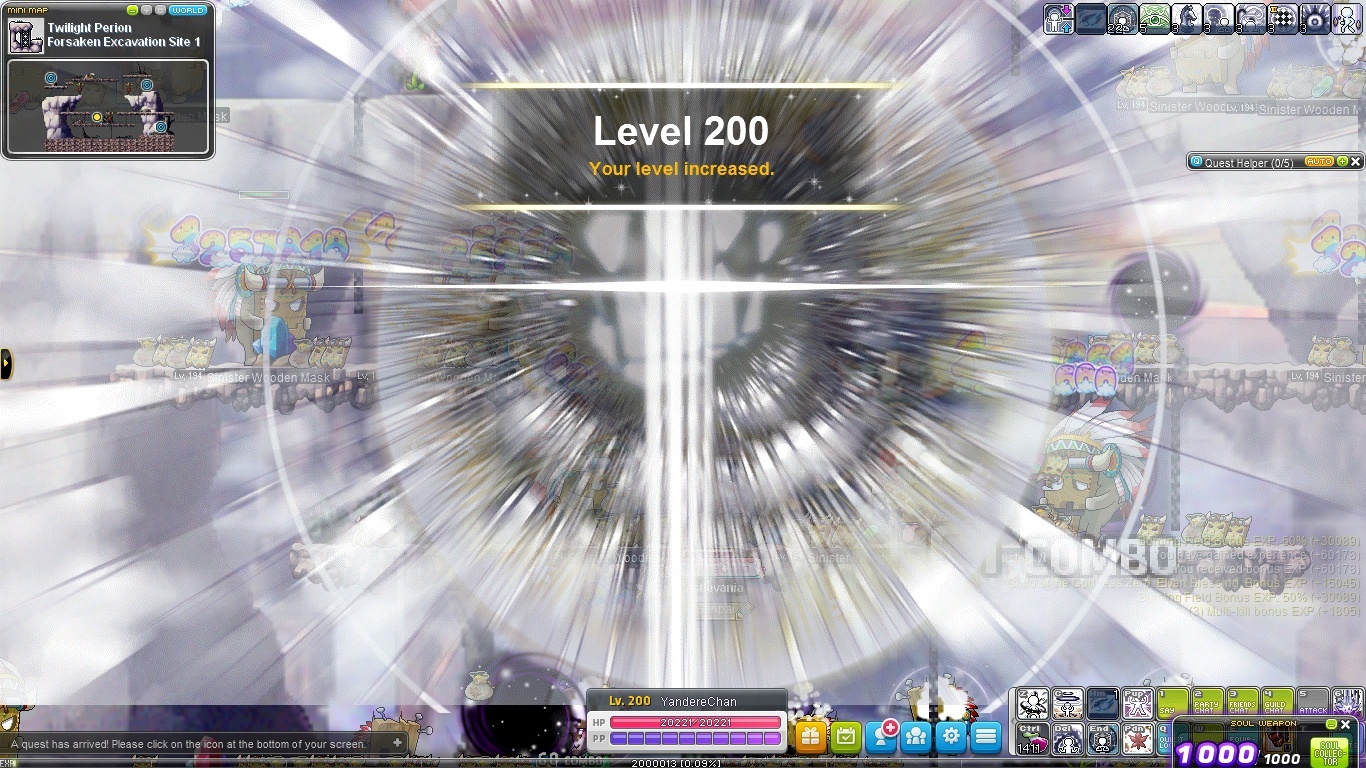 Kinesis the Hedgehog. 36th. 7904 total levels. I think everyone knows where this ign came from. That's what I thought of when I saw the female Kinesis art. Less than 100 levels to go, dood.

Training was kind of bland because all I ever used was Psychic Smash, but it felt oddly satisfying to pick things up and smash 'em to bits. Bossing was different, a lot more stuff going on. Ultimate B.P.M. and Trainwreck, two different DoTs from Psychic Blast and Psychic Assault, Mind Quake which does something else(?), Psychic Drain to keep Psychic Points (PP) up, and of course Kinetic Combo (Final Attack). Ultimate Deep Impact removes boss buffs (like cancel Magic thing) and Mental Shock is a bind skill. I think I remember 1st and 2nd job being really lame, probably the most boring experience up until level 60.

In other news, I've been playing Paper Mario: Color Splash. So far, the game feels really short, I already got 4 big Paint Stars after like 10 or 11 days of playing. Not sure how to explain it, the other games just felt longer (did not complete Sticker Star yet). The game does have a weird sense of humor, like all the Toads at Port Prisma start dancing after rescuing a big Paint Star, it's actually kind of nice to see, the different tunes that play for each big Paint Star too, confetti everywhere. It's also very generous with the coins, I was able to get max coins (9999) a little after getting the first big Paint Star. There are some stuff to collect in this game for this museum in the Yellow District, card collection, artwork, and music. There's also six banner things to unfold/unlock at Port Prisma after doing certain things like accumulate 10,000 coins and buy 200 cards at the Cardware store.
Some things that I don't like about the game so far is, no partners. Yes, there are enemy cards that you can collect and use as partners, but it's a one time use only. After that, they're gone, and you'll have to collect more enemy cards if you want to use partners like in the previous games.
The second thing is, too many Toads. Everyone is a Toad! I don't think I've seen another different kind of NPC in this game (besides the Shy Guys/Sniffits and Huey, the paint can that follows Mario). I kind of miss seeing all these different kinds of peoples in the previous games.
The third thing is, running out of paint. It really limits what kinds of battle cards you can use and how often you can use them. Like, you can't use 4 or more colorless Fire Flower cards because the red paint might run out and you'll be left with a weaker version of the Fire Flower attack. Thankfully, the Cardware store does sell colored cards, but at a much higher price.
After all that, I think Color Splash is at least better than Sticker Star (even thought I haven't completed it yet), but not as good as the other games before it. It also looks great, dood.

I haven't been playing Fire Emblem Echoes: Shadows of Valentia that much. I don't know, it's strange. It's like I'm not interested anymore. I only got up to Act 2, something about pirates? My Fates Birthright game card is currently in the 3DS. I must say, The Water Maiden tune really helps me fall asleep. There's something very calming about this tune. Give it a listen and maybe you'll know what I mean.
http://i.imgur.com/F7wRonc.jpg
playing MapleStory Nintendo WiiU PaperMario

I lost it at "Kinesis the Hedgehog"

This is my progess of Color Splash so far: http://i.imgur.com/Okh8UeB.jpg I'm guessing I have to paint the whole map. The yellow flags means the level has had its color restored.
Here's another weird humor in the game: http://i.imgur.com/A4mYBV9.jpg Seriously, age rating, dood?

I wanted to play something pink because Pink Bean and stuff, mostly because nexon won't let me make one. 29th. 7709 total levels. Some of you might know what a Wave Buster is, it's the charge combo for Wave Beam in Metroid Prime. That's what I though

The spawn rate looks slow as frig, but it doesn't take too long to level up. Global MapleStory v190.1 Â© 2017 NEXON Korea Corp. and NEXON America Inc. All Rights Reserved