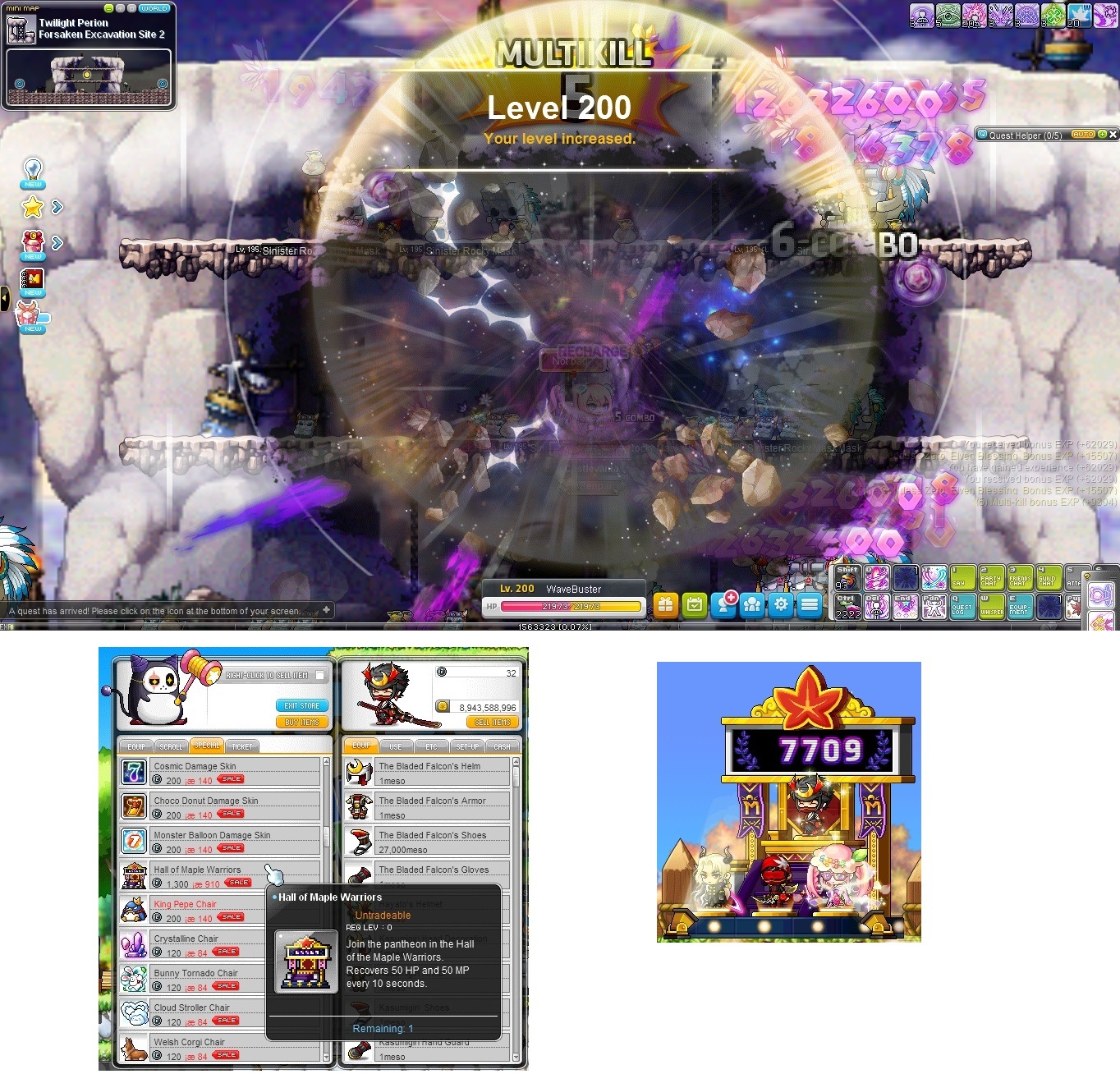 I wanted to play something pink because Pink Bean and stuff, mostly because nexon won't let me make one. 29th. 7709 total levels. Some of you might know what a Wave Buster is, it's the charge combo for Wave Beam in Metroid Prime. That's what I thought of when coming up with an ign and I think it fits well since youknow, Celestial Roar sort of shoots a wave of sound. That Hall of Maple Warriors chair is what I use to keep track of my total levels. I didn't even know what those numbers meant until I did some googling, dood. That chair description is not very clear, nexon. Pretty useful and it also displays your other top 3 highest characters. On sale now! Save 390 coins, dood!
I really liked Trinity, it's so much fun to watch. I think it's because it has 3 different animations so it doesn't get too boring. I liked throwing these Soul Seeker balls too. But why is it balls? Is it suppose to be Eskalade's...?
Anyone else think Supreme Supernova looks like a Jett skill? I think it's weird, but it looks so damn cool, dood.

In other news, I finally got the flight module thing whatever for my Skell in Xenoblade Chronicles X. Traveling became so much better now. Finally, I can reach those unreachable places! Skells are so awesome, dood. They can transform into a two-wheeler car sort of thing too. I think I might start getting into the other Transformers series. I remember how fascinated I was with the Beasties(or Beast Wars) series some years ago. CG toons were something else.
http://i.imgur.com/YcPf1c8.jpg playing MapleStory

@Helpingly That would have been a nightmare, dood.

I thought you just manually counted how many total levels you had on your account, didn't know that there was a chair that told you. Pretty sweet.

@random87 Yes. Although, I wish we could choose which characters to display instead of the highest, but I guess that would be too much for nexon to implement. I really don't like this Shadower, dood.

Epic boss tune, dood. Don't remember if already shared. Still good tho. So I finally 100%'d Ys VIII for real this time. Last time I missed a village quest because Sir Fatlan tried to escape the island on a small boat. This time I made sure to finish

Tuesday tunes, dood. Miriam finally awakens! I'm sorry, that was a spoiler. I got the Xbox One version. She looks good, dood. Next week, we take a look at the Nintendo Switch version. Yes, I pre-ordered the same game twice. I want to support Mr. Igar

Tuesday tunes, dood. Damn, that beat tho. Spoilers still? I don't know. New favorite tune. So, I finished the game and, I'm not really sure how to feel about it. It feels like it wasn't worth the wait. Like, what the frick was all that? Why is this h 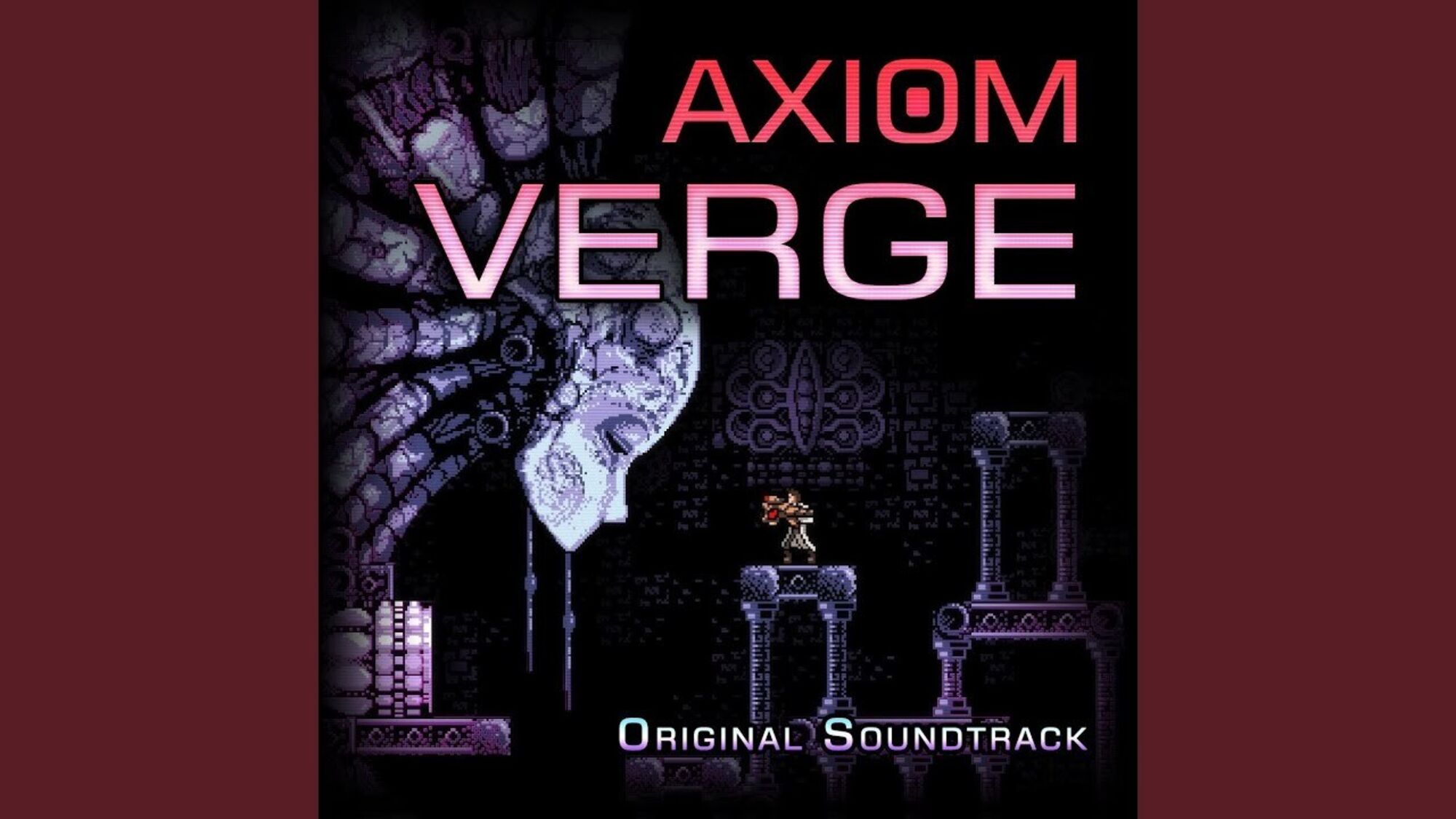 Tuesday tunes, dood. Damn, Thomas Happ did everything. I haven't a clue what's even going on in this game, but I did complete it to 100%. I dunno, this game might have been good to play while waiting for a new Metroid game, but now that Samus Returns