So I dusted off my Wii U and went back to Xenoblade X to try and complete the survey rate of Planet Mira, and I did. Spoiler alert because it's highly possible that Monolith Soft will bring Xenoblade X to the Switch as a Definitive Edition with improvements. More on this subject later. 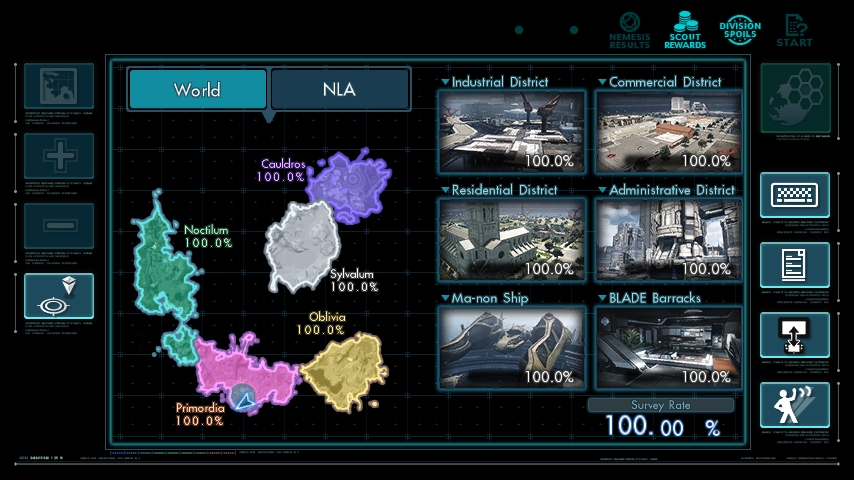 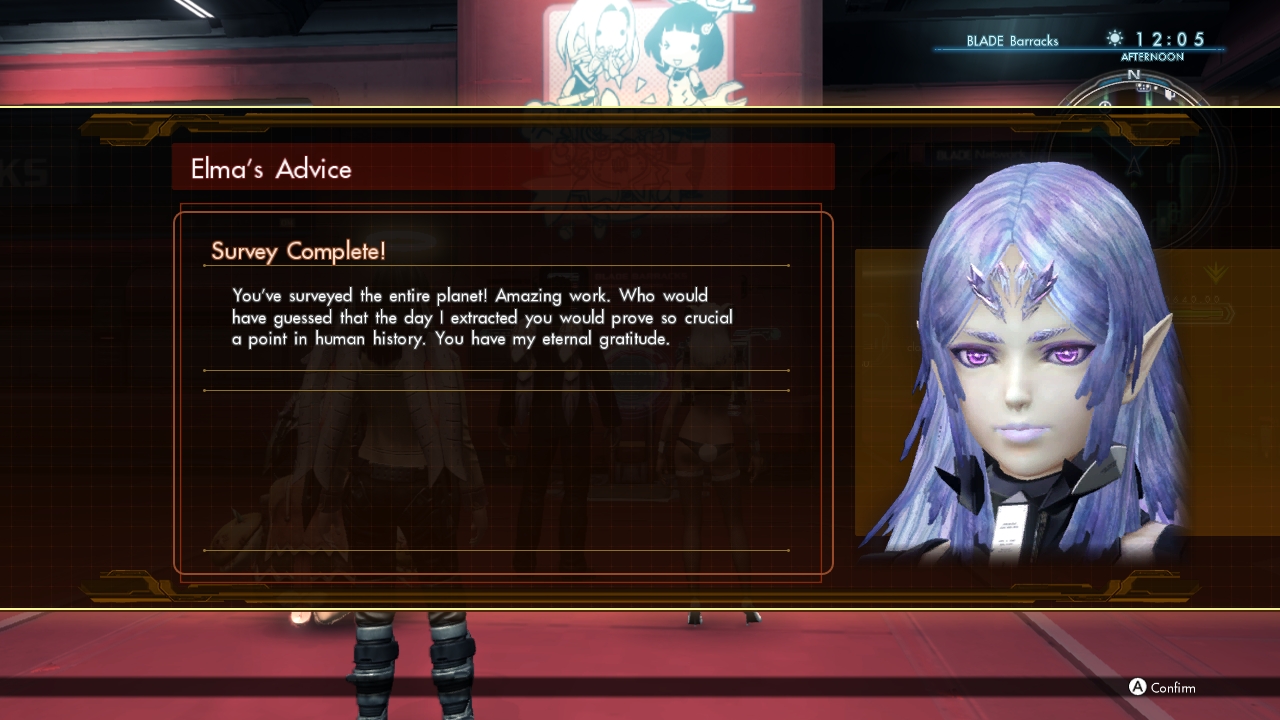 Coming back to Xenoblade X after playing Xenoblade 2 and Xenoblade 1: Definitive Edition, there were a lot of problems with X.

First of all, the mini map can't be expanded, and this sucks because this makes it difficult to find normal missions that are available in the world to accept. And no, normal missions can't be seen on the full map that's displayed on the Wii U gamepad, as far as I know.
Some missions are also time sensitive, meaning the NPC that has a mission to accept only shows up within a certain time of the day.
Which brings up the next problem: not being able to change the time within the menu. In Xenoblade X, you have to go to certain objects or areas to change the time. Xenoblade 1 and Xenoblade 2 didn't have this problem, you can change the time within the menus for both 1 and 2. Inconsistency.
The font size is incredibly small for some text and it becomes unreadable if you're using the Wii U gamepad as the main screen. This would be a problem if ported to the Switch without some kind of improvement.
As far as I know, there's no way to sort all the junk in your inventory. It seems like equipment is sorted by a fixed descending level, so level 60 stuff at the top and lower level stuff descending by levels. There's no way to sort augments either.
There's no option to adjust this game's BGM or voice or sound effect volume, it just doesn't exist. If the background music is too loud, then that's just too bad, that's just how it is. It's a missing option.
Because Miiverse became unavailable, it's not possible to complete all the achievements. There's only 2 Miiverse specific achievements out of 749. Yes, you read that right, 749 achievements.
So the fashion gear option. Xenoblade X was the first game to have this fashion option, but here's the problem: the fashion gear has to be in your inventory forever. If you accidently sold gear that is primarily used as fashion gear (because it has bad stats on it), you will lose it forever. Xenoblade 2 had fashion gear too, but it still took up a Driver's accessory slot and a Blade's aux core slot. Xenoblade 1: Definitive Edition did it right by having a separate appearance option where equipment appearances becomes unlocked as soon as you get them. Once you get certain equipment with different appearances, you can just throw them away and you'll still be able to use it as an appearance option.

So to recap, if Monolith Soft ever decides to bring Xenoblade X to the Switch, many changes and improvements need to be made. Improvements to the map and mini map, sound options, bigger font sizes, inventory sorting options, the option to change the time within the menus, making missions easier to find, the removal of the Miiverse specific achievements, and changing fashion gear to be like Xenoblade 1: Definitive Edition's appearance option. This is why it costs a lot of money, and why Xenoblade X simply cannot be just a port. There may also be a slight texture update for the character models to keep them in line to the artstyle of Xenoblade 2 and Xenoblade 1: Definitive Edition's. Elma already looks very different in Xenoblade 2 as a Blade, and that's probably what's to be expected for Xenoblade X: Definitive Edition. 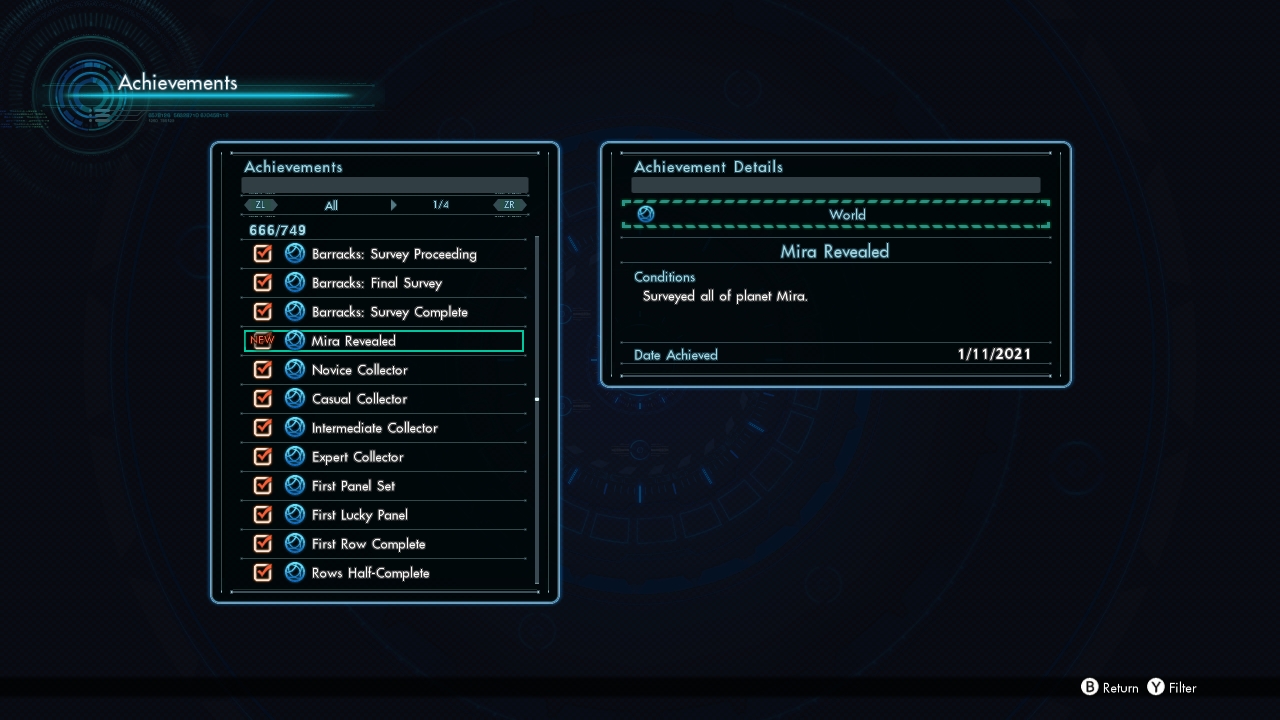 There's also one more thing I wanted to talk about. Can you understand all the names of these skell weapons and armors? I think not, because they're all named as a serial number. It is by far the most confusing set of equipment in this game. Yes the weapons are listed after their serial number, but like wtf is a XXR160GG, XXM150SA, and ZXSK80SA? Like what TF does it mean!? Monolith Soft could try to rename everything, but we'll see what happens. 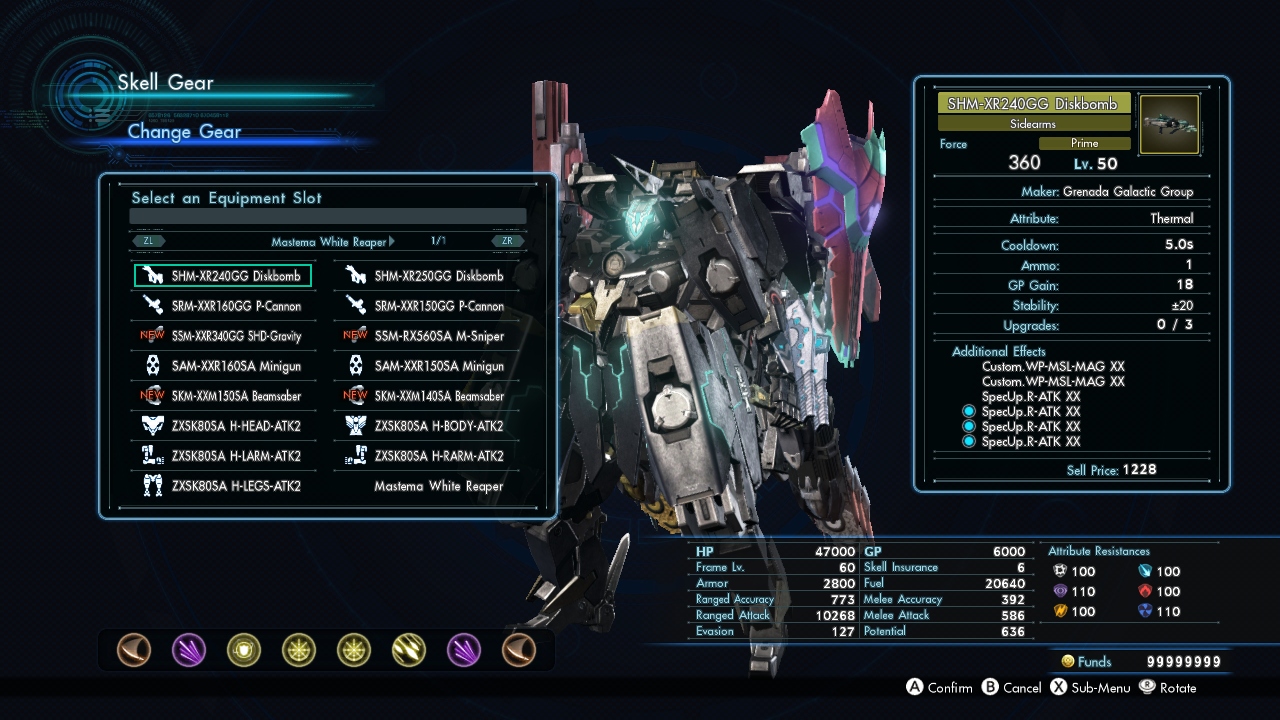 I'm going to admit it, I did use XCXGecko to try and get overpowered and impossible gear traits. I was also abusing the Diskbomb with Custom.WP-MSL-MAG thing. I won't explain it here, you can read all about it somewhere else. I just wanted to destroy everything with my Skell. I could probably do more damage with the right traits and augments, but I'll need to experiment with more different traits and augments to find the right balance. But of course the Ether Blossom Dance build is much stronger. 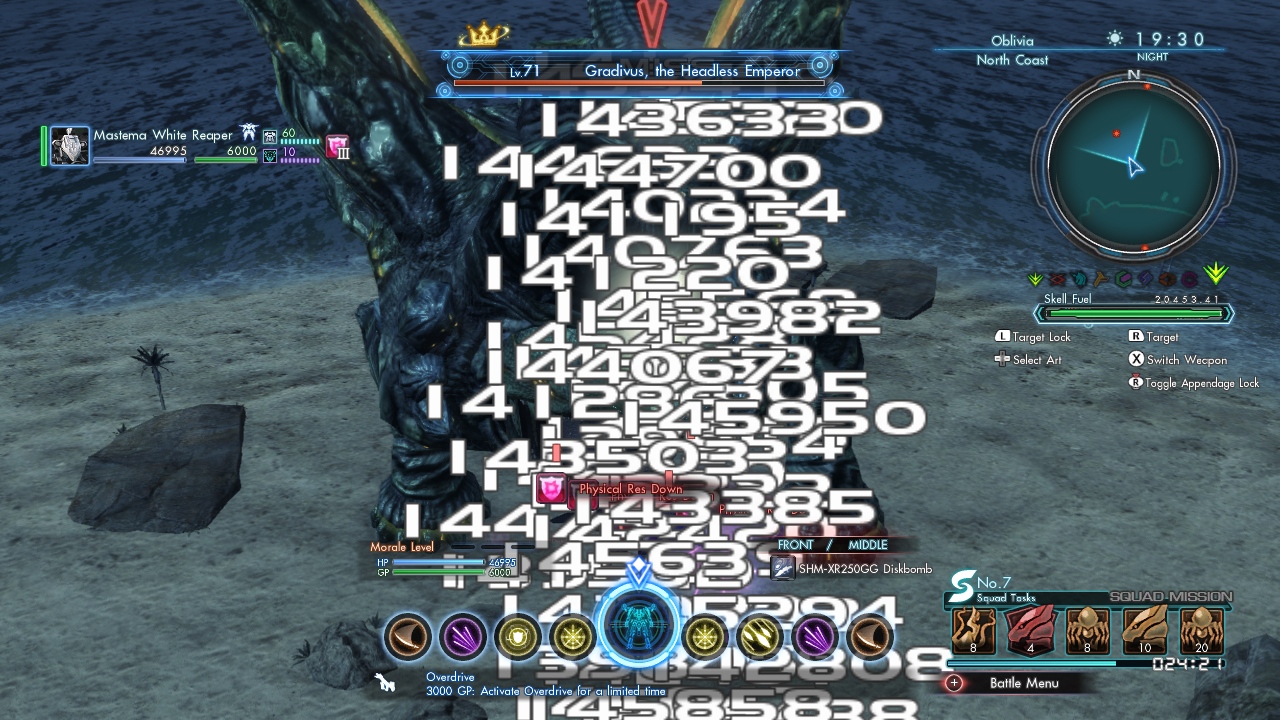 From what I found out by using XCXGecko, traits/augments that increases stats by a percent caps at 100%. Stats like Potential, Ranged/Melee Attack, Accuracy, I think Evasion too. From that point on, you'll want to use traits and augments that gives flat stat bonuses. Traits that increases attribute (or in other words, elemental) damage doesn't seem to have a cap.

Also, defense is a useless stat. Example: You have 300 defense, enemy hits 10000 damage, you take 9700 damage. You'll want to get at least 100 for all the attribute resistances. Attribute resistance reduces damage by percent. This makes it so you only take 1 damage. You should also get some traits or augments that negates reflect damage because those high level bosses can be a pain.

In other news, I also completed Hyrule Warriors: Age of Calamity. I'm pretty sure I got every single thing. 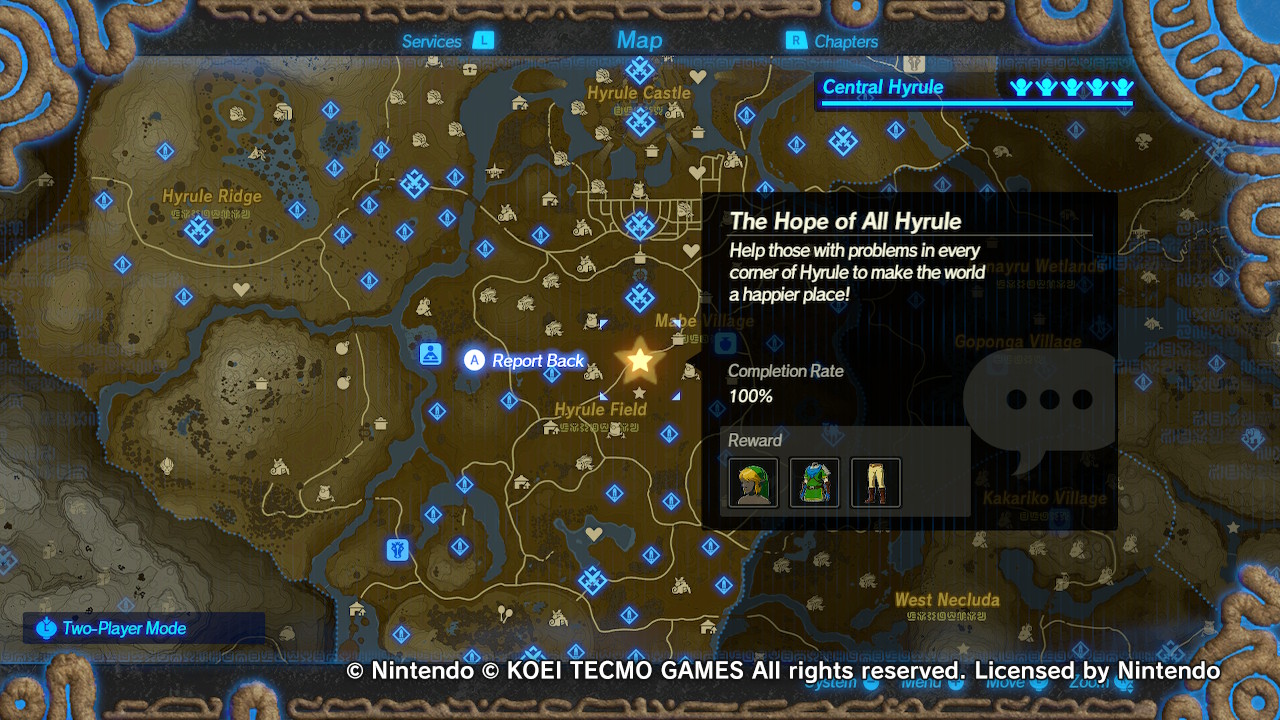 Total play time and other statistics. 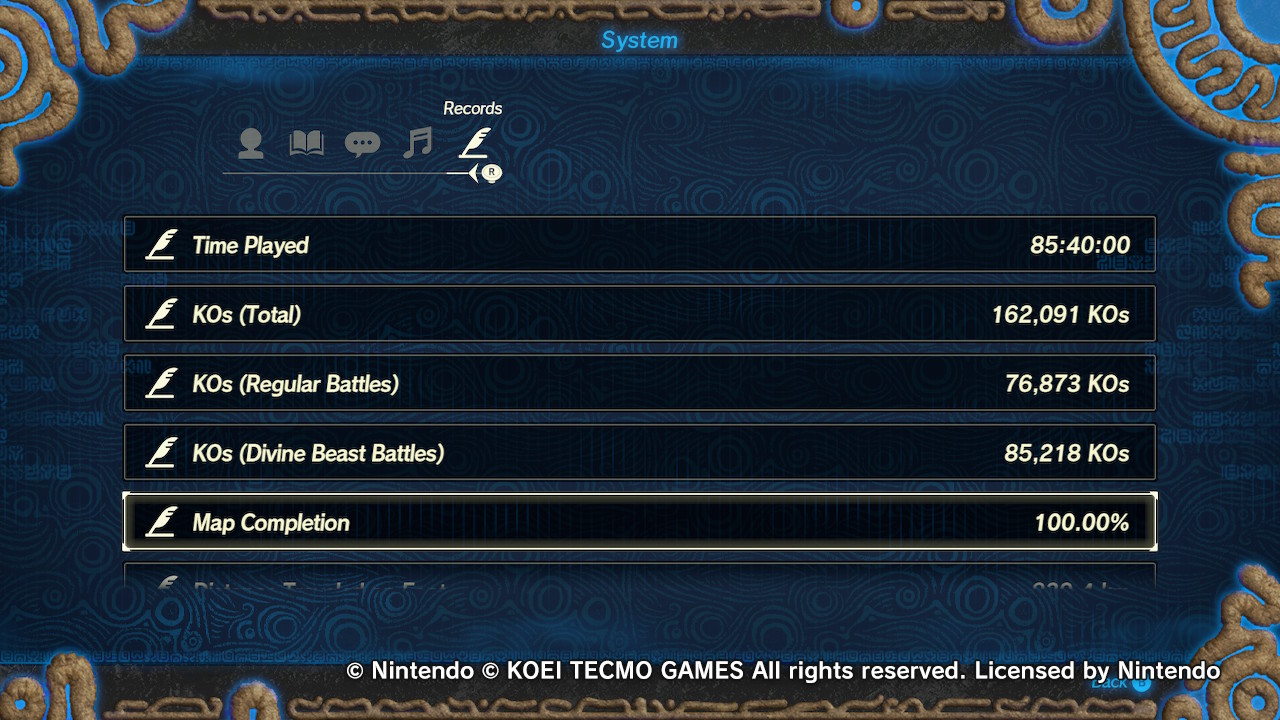 Age of Calamity, while short, is actually pretty good. I can't even talk about this game because of spoilers and surprises. But I have to say, that Astor character is seriously a joke. I'm hoping that there will be DLC for Age of Calamity, because it's literally the shortest Warriors game I have ever played.