I waited 11 months just to play Luigi's Mansion 3 during October, but I failed and beat the game in November. I'm just so disappointed. I didn't even get to play Bloodstained: Curse of the Moon 2 yet.

Luigi's Mansion 3 was alright I guess. There were a few jump scares here and there. Each floor takes less than an hour to complete, even less than 30 minutes if you know what to do.
It was interesting to see all the different kinds of stuff you can suck up with the Poltergust G-00. Papers, food, small furniture, leaves, garbage, all sorts of things.
There's 6 jewel things to collect on each floor. What do you get for collecting them all? I don't know. There's also Boos to find, just like in the first game, although I don't think there's that many to find in Luigi's Mansion 3.
I remember seeing a list of achievements somewhere in the game, but I can't seem to find it in the in-game menus and stuff. I hope I wasn't high or anything, I swear I saw it somewhere, I just don't know where or how to find it. It's almost as bad as Smash for Wii U menu.
Some of the boss fights have all sorts of different ways to defeat them. My favorite was the Godzilla knock off that Director Morty was recording. 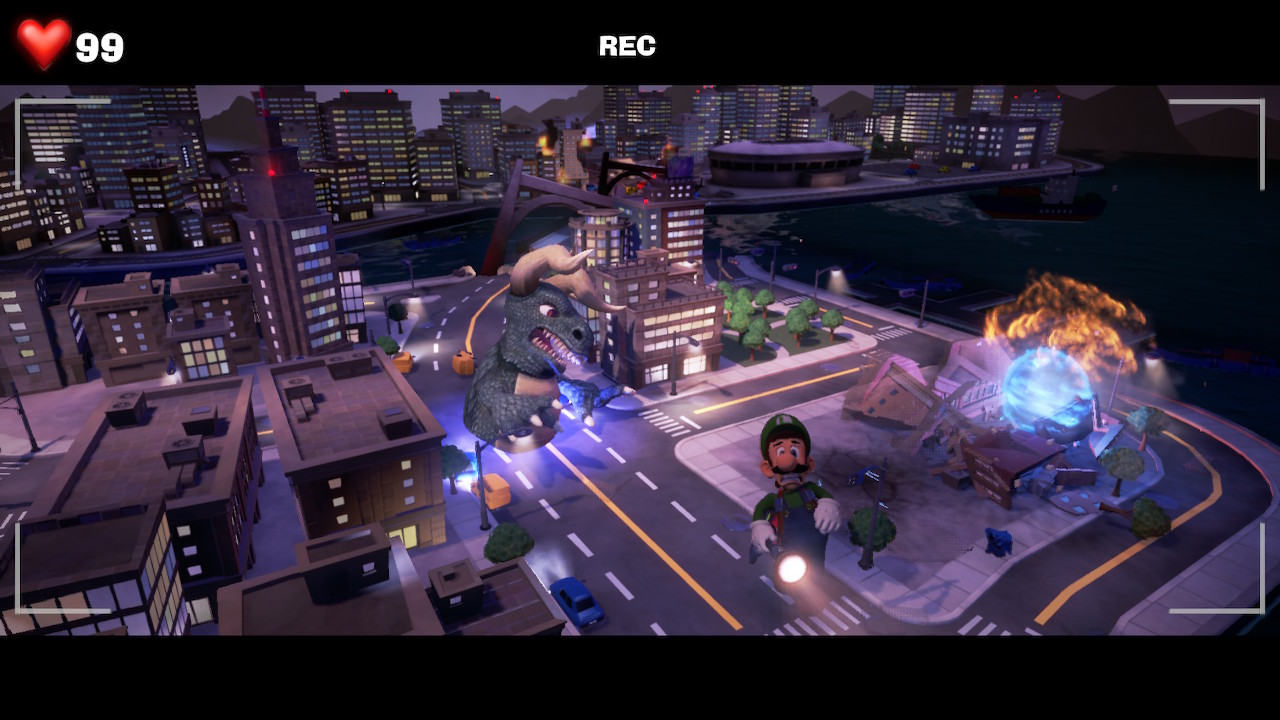 Kaiju
If anyone remembers the piano that comes alive from Big Boo's Haunt in Super Mario 64, there's literally one in Luigi's Mansion 3 as a boss. I mean, I suppose the boss ghost possesses it, but finally a piano you can destroy.
Games
0 187 2020-11-3
?
Click here

Hot damn, Bayonetta lookin' good with long hair. I've never seen her like this before.

I finally done Lunatic difficulty for Tokyo Mirage Sessions ♯FE, and on Nintendo Switch's birthday too. Oh my Architect, why! I just need that one more play record for the last two trophies, then I'll finally complete this game. I need to play through the game a 3rd time for that last play record. F%#&.

Finally got all the Netherawards in Prinny 2, dood. The Netheraward that took the longest to get was the 10,000 hip pound one. Seriously, dood? There's still more to do in this game, I still have to get S rank on all stages on Normal and Hell's Finest difficulty, and there's DLC I haven't tried yet.

So I finished Shining Resonance Refrain on both modes, AND ALL I GET IS A STAR ON MY SAVE FILES! Totally best reward ever. Can't get enough of those stars. I rate it a 75/100. It's just the typical evil-dragon-being-resurrected-to-destroy-the-whole-world kind of story, like every Fire Emblem ever. I guess I'll type up a review and thoughts about this game.

Oh my god, what the frig. This is so crazy, dood.